Analytics has given police officers access to a broader array of integrated, actionable intelligence needed to solve crimes. By deploying analytics, police force around the US and Europe have been able to improve incident detection and response times considerably.

Let’s take, for example, Vancouver Police’s analytics based crime intelligence system, which has helped it foresee crimes happening with a fair degree of success. The system maps criminal activities over time, and tracks the movements of offenders to uncover patterns associated with criminal activities. Based on factors like specific time-based crimes or crimes associated with areas such as desolate parks or unmonitored parking structures, the system analyses data to accurately predict crimes.

While actionable intelligence helped the Vancouver police stay a step ahead, smart offenders soon devised ways to hoodwink the police. They gave the system a slip by grouping at non-obvious places at non-specific times, causing the system to send confusion signals. It soon became clear that fighting real-time crime was as important and pressing as deterring crimes and the police needed something more than predictive analysis to fight crime more effectively. The need was for accurate real-time analysis which would continuously stream updates so that officers on patrol get targeted information and know what to focus on during duty. For instance, controlling flash mob crimes is a real challenge for any police force.

The growth of social media has made it easy for groups with criminal intent to assemble in short notice at unpredictable places and wreak havoc.  A few years back teenagers took a store in Chicago’s Michigan Avenue by storm. They used twitter to gang up in no time and easily overpowered the security to launch a brief and well-coordinated merchandise grab.

To meet this need, a company has come with a cloud-based platform that integrates a variety of data emanating from public systems such as public safety cameras, license plate readers, 911 computer-based information, and gunshot sensors in real time and then present them geospatially. The analyzed data is fed to the police as instant updates thus giving them insights into incidents as and when they happen. That technique even taps into social media networks along with other private and public and private real time data to alert the police of a wrongful mob assembly.

Just as retailers are using sentiment analysis to gain strategic real-time insights, law enforcement agencies can gain hugely by embracing advanced analytics as it keeps evolving. Besides helping them nip the crime in the bud, advanced analytics doubles up as a cost effective force multiplier. 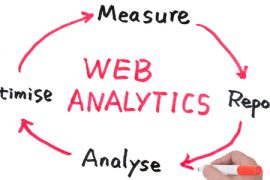 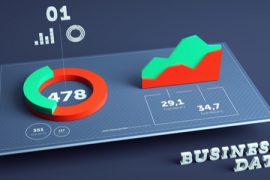 What are the most Common Types of Graphs for Data Visualization? 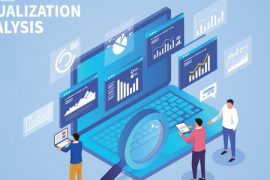 What Is Data Visualization and Why Is It Important for Businesses?