With consumer trends evolving rapidly, businesses are embracing a mobile-first digital strategy to serve their customers with new-age conveniences like e-commerce and mobile banking. As mobile app development gains more traction as a tool for business growth, one factor that needs special consideration is the selection of the app development language.

Mobile app developers and development firms always ensure that the programming language they choose is simple, well-structured, and portable. This gives developers ample control over the project and the client gets exactly what they are looking for, without overstretching their budget. Choosing a language that’s popular does half the job since the developers get access to a huge repository of development tools, useful frameworks, and valuable resources. By picking a popular programming language, businesses find it easy to find developers and development firms specializing in that language and at competitive price.

As a long-time programming language, JavaScript is a favorite among developers, many even considering it the best programming language. The rise of frameworks such as Vue and React.js, which are widely used for building front-end UI components, has further boosted the popularity of JavaScript. The icing on the cake is that it is also a server-side language and can be run on all kinds of devices on both the client-side and server-side.

JavaScript is an ‘interpreted’ language, meaning it offers faster compilation as compared to other coding languages. As a client-side script, it speeds up the execution of the program since it requires comparatively less time required to connect to the server.

Java has forever enjoyed a huge demand in the application development arena owing to the plethora of benefits it offers to developers. Primarily a server-side programming language that’s majorly used for building backend servers, Java offers huge scope in Android app development. It is used for developing high-performance mobile applications, particularly Android apps, and is also a good option for game development and database association.

With Java, developers get the much-needed flexibility to move easily from one computer system to another and run the same program on different systems. And since Java is an object-oriented language, users can form standard programs and reusable code to save on development time and effort.

Java offers a massive collection of open-source libraries to reduce the total cost and complexity involved in creating applications. Java is a high-level programming language, i.e., it closely resembles human language, which simplifies Android application development as developers can easily write, read, and maintain the language.

Java gives users access to a large collection of excellent programming tools to simplify and expedite app development. Popular integrated development environments for Java, such as Eclipse and NetBeans, also give developers the ability to influence debugging, which positively impacts the quality of the apps.

Kotlin is a relatively new programming language that’s gaining popularity as an effective alternative to Java. In fact, it’s interoperable with Java, with all Java libraries having the ability to be called from Kotlin. It offers native support and is supported by major IDEs (integrated development environment), including Android Studio and IntelliJ IDEA. A striking advantage developers enjoy with Kotlin is its clean and concise syntax that boosts the efficiency of the development work.

As a 100% Java-interoperable language, Kotlin is consistent with Java and its related tools and frameworks, making it possible for app developers to switch to Kotlin stepwise. If the planned product cannot be Kotlin-exclusive, both languages can be used in tandem.

As Kotlin is supported by the majority of IDEs like Android Studio and other SDK tools, it significantly boosts the productivity of developers, allowing them to maintain apps easily and continue working with the toolkits they are used to.

Kotlin is popular for its clear and compact codebase, helping app developers to make their codes more stable and consistent in production. Bugs get effectively detected during compilation, enabling developers to fix errors before runtime.

Is there a ‘best’ best programming language for mobile app development? The answer to that is an explicit ‘no’. The best programming languages for one kind of mobile apps might not suit another development scenario. Every language has its pros and cons and it’s for the client and the app development vendor to find out what’s best for their project, business, and goals. Zeroing in on any of the options must be based on clear-cut answers to questions like the type of application planned, the estimated effort, budget, end-user, data access control, etc.

Before enabling businesses to go digital with innovative apps and other enhancements, we, at getSmartcoders, help them make adequate preparations, including choosing the right programming language. Our ability to understand the client’s vision and our expertise in building value-adding software solutions enable us to do that. We help you make the right selection by considering the primary constraints of the project, such as resources, time, budget, and maintainability for optimum outcomes. 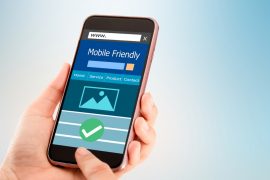 How To Convert Your Website Into a User-Friendly Mobile App? 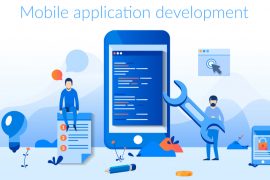 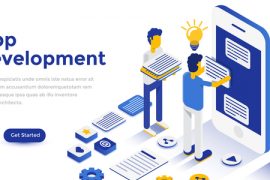