The proliferation of Industrial automation can be seen in almost every industry today, and the automotive industry is no different. Machine learning and AI has already started making an impact here, as we have seen: self-driven cars, for example. Many experts are already wondering if AI is already being overused – driverless cars have not gone down well with everyone.

However, automation has several positive outcomes for the automotive industry: IoT technology and AI, collaborative robots, robotic arms and so on are involved in the production of complex components like chassis, power trains, and so on. Simpler parts are made by human employees in the factories.

Robots are able to handle complex manufacturing jobs and finish them much faster than human employees. With advanced robotics, learning modules and automation technology, tasks are being executed more precisely, boosting productivity in the automotive industry.

Let’s take a look at the most advanced automation technologies in use in the automotive industry today:

In fact, it was this industry that first adopted MV to conduct image based automated inspection, control processes, guide robots and for analysis of automated inspection. Machine vision a rich source of numerous high end technologies, integrated systems, and software and hardware products.

It functions like the production process eye, and uses imaging processes like hyperspectral, infrared, line scan, X-Ray, 3D and conventional imaging. A smart camera or sensors with frame grabbers are used with interfaces to record images of the surface that needs to be inspected. Some companies also use digital cameras that can be connected directly to computers via USB, FireWire or Gigabit Ethernet.

In the automotive industry, the camera captures images of the specific component that needs inspection; the images are analyzed and processed by  a software app. This way, MV enables automobile makers to cut costs, raise prices, and compete strongly.

Also called Cobots, these robots can work independently of humans. With the help of machine learning, a cobot pauses operations when it detects human presence in its space. Cobots help workers in several ways – for example, when multiple functions need to be performed simultaneously, the cobot lets the worker do his job, and then shuts down when he is done. But there are other types of cobots also – in fact, based on the function it performs, a cobot can be  any one of the following four:

As of now, cobots are being used to build cars and car-making robots, and in assembly lines; this can significantly increase speed and productivity.

AI is defined as  a system that studies its environment and takes steps to maximize its chances of achieving certain goals. This seems especially true when you look at the ongoing research for driverless cars, that make use of different levels of AI. Tesla has developed its autonomous car hardware, dubbed ‘Autopilot’, and it has been deployed on all of Tesla’s models. Elon Musk the CRO wants to implement level 5 AI in all Tesla cars.

How does this work? The software creates and stores a map internally, of the surroundings – the region, street, etc.via smart sensors like radar or laser. It analyzes this information and plots the best possible trajectory; instructions are then sent to the vehicle actuators in charge of steering, accelerating and braking. The car is empowered to navigate around obstacles and follow rules with the help of a complex combination of obstacle avoidance algorithms, driving protocols in code, predictive modeling, and ‘smart’ discrimination between objects – for example, distinguishing between a bicycle and motorcycle.

Cognitive computing technology platforms are based on signal processing and AI, and envelops and utilizes the usual AI elements like human language processing, machine learning, reasoning, interaction between computers and humans, and so on.

Connected cars connect to one another through the internet to communicate and create a secure path with no intervening traffic. Some companies like BMW and IBM are even integrating IoT and CC to build driverless cars that can communicate with each other, and identify and link driving patterns to emotional responses of human drivers in myriad scenarios – i.e. – braking hard to avoid collision.

If they succeed, it would open the doors to build even more complex cars. ThingWorx is an IoT platform which automobile manufacturers can use to build a cloud based application to connect to vehicles and OBDII devices, control vehicular diagnostics and manage driving behavior information, integrate this data with enterprise systems and craft innovative connected car apps. It could be possible that we will not have any more accidents one day – with the right combination of these multiple platforms.

These 4 automation technologies are the harbingers of a new wave in the automotive industry but we need to proceed with caution, as the danger of too much technology rendering humans useless may not entirely fanciful. 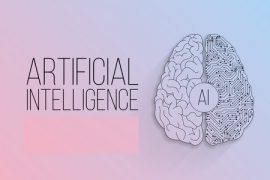 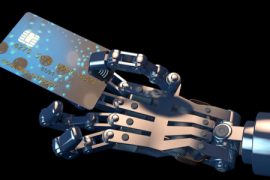 How AI Will Transform Software Development In 2020