A Must-Read Comprehensive Guide on C# – A Language Built to Develop Wonders!!! 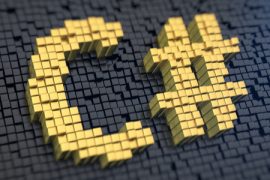 Developed in 2000 at Microsoft by Anders Hejlsberg, C# is a much in demand object-oriented programming language that has evolved to be one of the most popular programming languages in the world. It is used by prominent organizations where .net is the framework in which the language is programmed.

First Things First, What is C#?

C# is a versatile language used for developing web and mobile applications on the Microsoft platform. It is a modern object-oriented programming (OOP) language and often considered as a hybrid and advanced version of C and C++. It needs the Windows .net framework on Windows to function.

With C#, a developer can create anything, but it is mostly chosen for developing Windows desktop applications as well as game development. There are cross-platform tools such as Xamarin that allow apps written in C# to be used on almost any mobile device.

C# is preliminarily favoured for its approachability and large user community out of all the available languages.

C# has an exclusive and active user community that helps in troubleshooting solutions. With the .net framework, it has become more versatile. Also, it has loads of advanced features for developers.

A Brief History of C#

Anders Hejlsberg, a Danish software engineer at Microsoft, developed and introduced C# in 2000 and is known to be the founder of C# language. The first version released in 2002 as an object-oriented and type-safe programming language and has been evolving since then. The latest version is released in 2017 with the most advanced features, such as tuples, local functions, ref returns, and decomposition.

It came after the development of Python and PHP and most of the time used as a replacement for Java.

Although only twenty years old, C# was developed much after other languages and had been gaining prominence for its functionality all over the world.

No wonder, C# is a widely preferred language for most of the development projects, it has demonstrated some considerable statistics to look upon:

Based on the above findings, major organizations worldwide opt to outsource C sharp development services for their client projects.

C# is comparatively easier to learn when compared to complex languages like Java. It is regarded to have a low learning curve and requires a basic understanding of writing code.

Developers with moderate to advanced expertise choose C# for writing codes for applications or programs. Once the learning begins, it is fairly easy to grasp despite having complexities.

C# developers are always in demand as the projects accomplished with it have been phenomenal!

Every sort of programmer can use C# for developing awesome applications, it is also favoured for its error detection feature before the application goes live, which makes it painless to identify any probable flaws.

Where is C# Used?

C# comprises a huge library for a high-level functionality than Java and C++. It supports native application development and manages code blocks. It integrates well with windows applications.

Following are the areas where C# can be applied:

C# is often used for developing professional, dynamic, and fully functional websites on the .net platform or other open-source software similar to Microsoft architecture by C sharp web development company. Websites developed with C# are efficient, scalable, and easy to maintain, as it is an object-oriented programming language. The demand for developing websites is huge as every brand wants to establish its brand image with the help of a website. Hence, C# will always be the go-to option for all businesses.

As C# was created by Microsoft, it’s one of the most popular languages for Windows desktop application development. Developing with C# benefits applications to work on Windows platforms that run 90% of business desktops all over the world. Due to this reason, C# development service providers offer tailor-made solutions to help organizations with a variety of business tasks ranging from customer service to inventory management.

As developed by Microsoft, mobile apps can be built for the Windows phones. With Xamarin, mobile applications can be run on Apple iOS and Google Android as well. It is a part of Visual Studio 2017 and later versions.

C#, along with Visual Studio 2013 and 2015, provides a suite of complete tools for building cloud-based applications for Windows Azure which is Microsoft’s operating system for cloud computing and hosting. Visual Studio also allows developers to build as well as deploy and manage Azure solutions.

For cloud-based solutions, C# is combined and made to work with SQL Azure which is the cloud-based version of Microsoft’s SQL Server database server.

The C# language can also be used cross-applications for building enterprise solutions. Enterprises need an enterprise architecture that connects with various applications to transfer data. It is made possible with C# where such a system can be built using .net and C# together with .net adapters.

C# is very popular for creating gaming applications and is a point of interest for a programmer interested in virtual reality.

C# uses the Unity Game Engine, one of the most popular game engines today to create 2D and 3D games. Unity is used to build more than a third of the top end industry’s best games. Also, there are approximately 770 million game users worldwide developed with Unity engine. Unity also finds application in Virtual Reality based games, with more than 85% of Samsung Gear and over 50 % of all Oculus Rift VR games being developed with the help of Unity.

C# language is utilized for the creation of one of the most-loved video games ‘RimWorld’ developed on the Unity Game Engine.

C# development service providers create codebases for game development organizations using Unity3d. Their extensive C# knowledge enables them to understand each client’s requirement based on which they come up with character interaction, game non-player character (NPC) behaviour modelling, and porting of completed games to other consoles.

The versatility and usability of C# is endless, and it has proven to embody various business domains taking them to the next level.

Here is the list of programs and applications written in C# that showcases its versatility:

What are the Advantages of C#?

C# is a pure object-oriented language, where simple data types are treated as objects. It allows curators to create modular applications and reusable codes. OOPs makes development and maintenance easier with properties such as data encapsulation, inheritance, and Object-Oriented Programming (or OOP), providing efficiency and flexibility.

C# is an advanced version of C++ and brings upon rapid application development. It uses the .net framework and also has added new data types. One such is the decimal data type for financial calculations. Because of its modern functionality, it helps businesses to develop software for varied platforms like iOS, Android, Windows, or Web. It is very simple and used for building scalable, interoperable, and robust applications.

C# is statically typed and an easy to read language, in which users spend less time finding negligible errors in their script, ensuring the smooth functioning of the application. This is one of the greatest advantages of C# programming language over other languages.

C# focuses on simplicity and efficiency due to which the programmers take less time writing complicated stacks of code used repeatedly in a program. It also has an internal memory bank that can reduce labour hours and help developers to meet deadlines.

C# is scalable and easy to maintain. It follows static codes, hence, the C# programs are consistent, which makes them much easier to adjust to as compared to other programming languages.

Even after years, C# stack remains the same due to which one can return to their older C# project.

C# has an extensive community of skilled professionals from where a developer can ask, answer, or brainstorm any queries and find a resolution of the issues found during C# execution or any other stage of development.

C# also has an expert community on Meetup.com where users can collaborate with like-minded individuals one-on-one. The members can also join IRL discussions scheduled at a random or consistent basis.

C# is less complex as compared to other programming languages, and hence, the time required in learning C# is relatively less. Its simplicity and easy-to-use features offer a low learning curve for beginners.

Aspiring C# developers can step on the foot towards learning this language and enter the field comfortably, becoming familiar with programming within a short span.

Why is C# Opted for Outsourcing Development Services?

No doubt, every programming language has its advantages, but C# is a great language and has been chosen for developing applications and other business tasks by many organizations for the following reasons:

C# is continually evolving. Since the beginning, it has undergone several iterations and added several useful features. The growing interest in learning C# amongst individuals and the Microsoft foundation makes the language for use in the future. Owing to its prevalence and versatileness and being amongst the top five programming languages, Microsoft will continue to keep it up to date.

A recent Stack Overflow survey suggests that programmers recognize C# amongst the most opted programming languages besides Python. It is fairly less complicated and often the best choice for a career for the aspirants. Learning C# opens the doors of learning other languages and makes it easy to learn.

C# serves as an excellent foundation for programming. It is a high-level language and manages most of the complex programming tasks such as memory management and exception handling. Being a robust language, it is utilized by most of the companies, and hence, has a huge number of lucrative job opportunities.

Who We Are and Why We are an Authority for C# .net Development Services?